NOTE: paedophilia was often conflated with homosexuality by news and law enforcement agencies in the 1970s. Thus, many of the sources used, such a police reports and news articles, will characterise crimes such as the rape, torture, and murder of children as homosexual ones. The men involved in such crimes, in most instances were hetrosexual at the peer level, and did not have sex with other men. Which is to say, they were pederasts, pedophiles, or more appropriately—sadists, not homosexuals. That said, the homophobic slant given to police reports and news articles at the time these crimes were committed should not preclude such things as evidence of the crimes themselves. As they are the only pieces of evidence we have.


Part 1:The Origins of Child Abuse in Greek Minoan Mythology

It was only a month after John Norman was arrested in Dallas(September 1973) that he had picked up where he had left off and relocated the nexus of his child trafficking network to Illinois, where he had taken the alias ‘Steven Gurwell’ and started to run things out of an apartment owned by an associate of his named Charles Rehling. Rehling had been a client of an adjunct service the network had offered called Epic International, which paired men with boys for overseas trips.

This had been discovered when Rehling’s apartment was raided in November ’73 after a local area boy named Kenneth Hellstrom reported to police that a man living at that address had used him and other underaged boys for sex. From the apartment police had seized literature and stationary of the Odyssey Foundation, as well as files identifying approximately 2000 of its clients, along with photographs of boys labelled with descriptions in a similar manner as those found in the Dallas raid months prior1. It was subseqently discovered that the man who had molested the boys was named 'Steven Gurwell', who had in fact been John Norman, who was then arrested not long after and eventually handed down a four year prison sentence as a result. Which one would assume meant an end to his Odyssey networks, though sadly this was not the case as it would appear there was still great demand for it in high places.

While jailed Norman was granted access to printing facilities which he used to publish and mailout literature for The Delta Project, a fresh coat of paint given to exactly the same child trafficking operation that had been running under the guise of the Odyssey Foundation. Assisting him with this was a younger inmate named Phillip Paske2, a tall slimly built twenty-something transvestite with long blond hair, who had been charged as an accessory to murder after an armed robbery, though a plea deal had reduced the severity of his charge to theft. Paske would be paroled in 1976 and start running The Delta Project for Norman on the outside as his right-hand man3, and may have even assisted Norman in a more pressing legal matter months later. 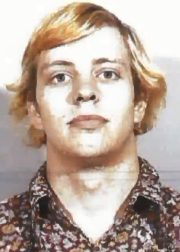 This regarded the January 1977 murder of Kenneth Hellstrom, the victim who had reported Norman to police and who had been the key witness to give testimony against him at trial. Hellstrom had been stabbed to death in a seemingly targeted attack which police intially fingered Phillip Paske for as the prime suspect4. The case would go unsolved, though interestingly enough the 'serial killer' John Wayne Gacy would later be interviewed in regards to Paske's possible involvement in Hellstrom's murder in the 1990s5. Why this is interesting, as opposed to say—odd, is because Phillip Paske wasn’t just John Norman’s right-hand man, he was an employee of John Wayne Gacy during that exact same period as well. The significance of this will be expanded upon in much greater depth, with the appropriate evidence, in a later part to this series. As the period in question was the late 1970s and this series tries to remain as sequential as possible. But suffice it to say that Gacy would claim just prior to his execution that some of the victims buried in the crawlspace of his home had been killed in snuff films made by Phillip Paske and John Norman. 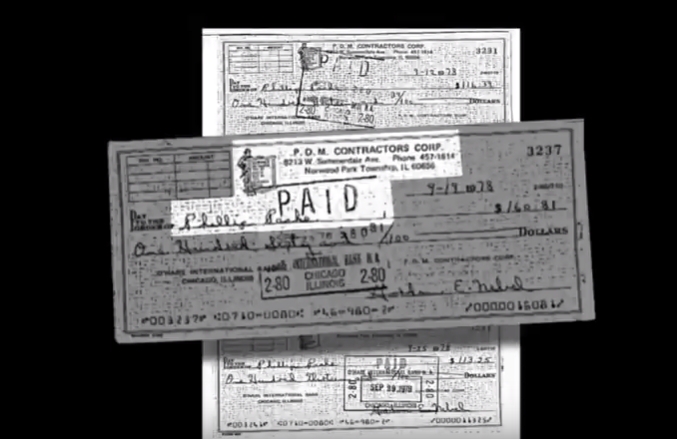 The Delta Project advertised in an underground child pornography publication called Hermes, which catered to a brutal variety of sadomasochist pedophiles self-dubbed ‘Chickenhawks’6. Hermes was published and circulated by associates of Norman's, and alledgedly financed by an old money millionaire from Michigan named Francis D. Shelden7. Aside from advertising child sex and pornography mailorder services, Hermes also published articles instructing pedophiles on ways to infiltrate groups such as the boy scouts and church groups8. Put a pin in this as the significance of it will become clear later.

In May 1977 three men behind the publication of Hermes were exposed after one was caught producing child pornography with children in the care of a foster parent, who was also complicite, along with a 19 year old teenager named John Bell. This teenager had been one of several hundred Chicago youths sent to an orphanage in Texas by the Illinois Department of Children and Family services in the 1960s, later shutdown due to rampant abuses of the wards in its care. While there John Bell had reportedly been chained to a bed after killing a dog and been forced to wear the animal's severed tail around his neck for two weeks as punishment9.

Bell had been living with a 32 year old man named David Berta in a 'Delta Dorm' arrangement not unlike the ones made between 'Sponsors' and 'fellows' of the Odyssey network; and it was Berta who had been caught and identified as the editor of Hermes along with an accomplice named Patrick Townson. The two had worked with a third associate employed at the National Press Business named Elden Gale Wake, which is where hermes was assumedly printed10. Investigators of the case directly linked both Berta and Townson to John Norman and his Delta Project network11, which would make it reasonable to assume John Bell and David Berta had been paired together through it.

Thus, the bridging evidence which establishes a connection between John Norman's Odyssey network, then called The Delta Project, and what for clarity’s sake can be called the Hermes ring, is three-fold:

Further more, a collection of child pornography films were subsequently seized from the home of a dentist named Arthur Langford, a fourth man associated with the hermes ring. Of 69 rolls of 8mm film depicting sex acts with children, three reels had been labelled “John Bell – Michigan trip”12. It turned out this dentist and John Bell had been directors of a summer camp for boys in Michigan. Which brings us to the next tendril in the network. North Fox Island. A private island owned by Francis Duffield Shelden, the alledged financial backer of Hermes. It was here, from the late sixies until the mid seventies that the Brother St Paul's Mission Camp for Boys was located.

And further down the rabbit hole it goes.